Some Of The Most Exciting Historic Places To See In Kansas City
By: eMaids of NYC

Looking for something new to do? Tired of the boring vacations to amusement parks? As the second-largest metropolitan area in Missouri, Kansas City is a city brimming to the top with sites and attractions for all ages. However, for those eager to reap the most from their trip to this booming city let eMaids of Kansas City show you the most exciting historic places this state has to offer!

Located in the Historic 18th & Vine Jazz District, the American Jazz Museum showcases classics from the 1920s, 1930s, and the 1940s. Some of the amazing artists to be featured are Ella Fitzgerald, Charlie Parker, Count Basie, Louis Armstrong, and Duke Ellington. Among the collection, you’ll find personal items, over 100 recordings, and films featuring the legends of jazz.

An outlaw, Jesse James lives on in history as the notorious bank robber to outrun even the best lawmen until he was shot in 1882. The story of his life, along with articles from his home, is on display at the museum. The Jesse James Museum is located at 109 S. 4th St. St. Joseph, Mo. “Jesse James was a moral paradox. He was a good father and family man and was religious in his own way. Whether he stole from the rich and gave to the poor, or just kept it all, has never been decided,” www.stjomo.com.

Take a step off the beaten path and into the eve of the Civil War. The Missouri Town of 1855, located at 8010 E Park Road Lee’s Summit, MO, is a living history museum filled with original structures dating from 1820 to 1860. The 30 acres hold more than 25 buildings. As you wander through the town via a self-guided, Kansas City history tour, you’ll feel the ethnicity of the era as the civilians detail the life led during the 19th century.

Located at 30 W Pershing Rd, Kansas City, Mo, the Union Station was a working train station in WWII. Today it’s an architectural wonder and a visitor’s smorgasbord. While still functioning as a railroad station, the Union Station displays exhibits from the Smithsonian, National Geographic, and other organizations. It also has an interactive science center, a movie theater, a live theater, and so much more.

Also known as the Jazz District, this corner of history marks a defining time when the prohibition pushed people underground. The 1920s welcomed many famous jazz singers to this neighborhood who kept the spirit of the era alive. Still, around today, the Blue Room was a part of this happening hot spot—and still is. Today you will find museums, nonprofits, entertainment, original food establishments and more.

Inspired by the Arche de Triomphe of Paris, the Rosedale Arch is a national historic landmark in Kansas City and a memorial for the slain soldiers from WWI. Whether you’re here to pay homage to those who passed or revel in awe at the magnificent architecture, the Rosedale Arch is a gateway to a beautiful view of the Missouri skyline and a host of delicious restaurants and shops.

Kansas City never fails to deliver when welcoming guests from all over the world. The city is bursting with adventures waiting for you. Whether you’re looking for a scenic train ride, forbidden music, and booze, legendary thieves, or a living museum you’ll always be filled with excitement, history, and entertainment when you visit Missouri.

Grab Our Latest Deals, and Promotions 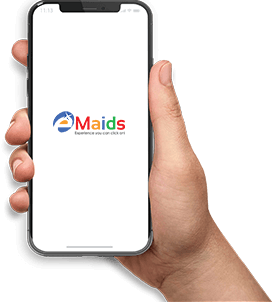 eMaids is a residential and commercial cleaning company that provides a modern and updated maid service with a personal touch.